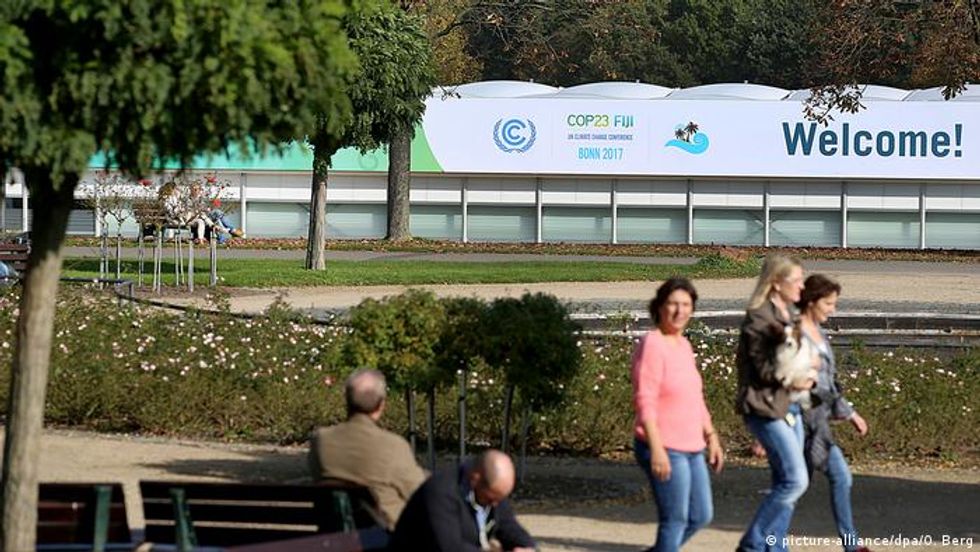 Jim Germond
The UN city of Bonn is getting ready to host the global climate conference. With just a few days before the start of COP23, what do participants, activists and residents expect?

More than 5,000 completely empty passenger flights have flown to or from UK airports since 2019, the Guardian can reveal.

Who pays for climate havoc?

There’s growing grievance against a global system that saddles developing countries with debt after extreme weather disasters.
Read the Full Article on

Earth’s climate is changing so quickly that humanity is running out of chances to fix it, primatologist Jane Goodall has warned in an interview.

Some trees bulking up and growing faster on excess carbon dioxide in atmosphere, study suggests

Research published recently in the Journal Nature Communicationsfound that elevated carbon levels have led to a consistent increase in wood volume in 10 different temperate forest groups across the US.

Insurers are paying more for extreme weather while continuing to finance and underwrite activities that warp the climate. Climate activists are pushing them to stop.
Read the Full Article on

Chemical recycling grows — along with concerns about its environmental impacts

St. James Parish, located on a stretch of the Mississippi River between Baton Rouge and New Orleans dubbed “Cancer Alley” due to the high concentration of petrochemical plants, is home to the country’s largest producer of polystyrene — the foam commonly found in soft drink and takeout containers.

www.ehn.org
From our Newsroom

Universities are failing us

The Titans of Plastic

Developing countries that increase their fossil fuel production are at a crossroads: securing their own long-term well-being or earning revenue to finance programs to support immediate economic growth.

Curbing pollution for families in Chicago calms the climatic conditions that drive fish away from puffins half a continent away.

Good news: A good year for puffins and terns, despite climate change

Optimism in the climate change fight

So much is happening so quickly. With the climate bill now law, here's what you need to know.